I am grateful to the institutions mentioned below that have so far enabled me to acquire my teaching experience in diverse contexts. These different experiences have modeled and shaped my teaching behavior, which remains fresh and open to adjustments as my expertise in the field grows. The diversity of students’ backgrounds and levels of ability, as well as the content of those courses that I have taught have allowed me discover my personal skills for teaching. My experience has highlighted the need to be flexible in all those different teaching contexts in which I have taught in the United States, Spain and Britain. My education in didactics of foreign language teaching has successfully prepared me to face teaching from a pedagogical and creative approach with students of different levels and different backgrounds. Similarly, my Ph.D. in Intellectual History and Cultural Studies have also given me the unique opportunity to integrate perspectives of history and culture in content courses of both Spanish and English. In this challenging experience, it was essential to select texts and materials that were to be critically analyzed in my lectures. 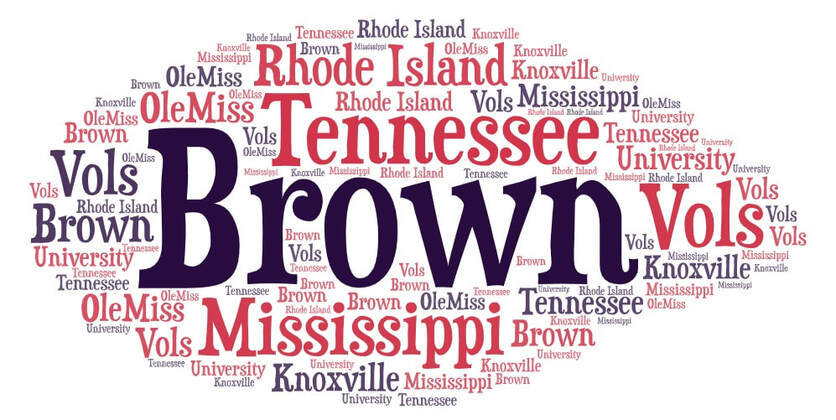 ​I organized the inaugural and subsequent annual Hispanic Film Festival at the University of Tennessee, Knoxville (2019-present), featuring independent award-winning films in Spanish and other indigenous and national languages of the Hispanic countries (Guarani, Quechua, Aymara, and/or Catalan, Galician, Euskera...). The Hispanic Film Fest sought to enrich the moviegoer experience by presenting filmmakers and UT professors as guest speakers before the screenings. The festival was made possible with the support of Pragda (Spanish Film Club), Spain Arts & Culture, and the Secretary of State for Culture of Spain. The production was thus awarded with a Pragda Grant (SFC) and counted on the sponsorship of eight departments across UT campus: Department of Modern Foreign Languages and Literatures, Cinema Studies, Department of History, Department of Political Science, Office of Diversity and Engagement, Office of Multicultural Student Life, Center for International Education, and John C. Hodges Library. ​ 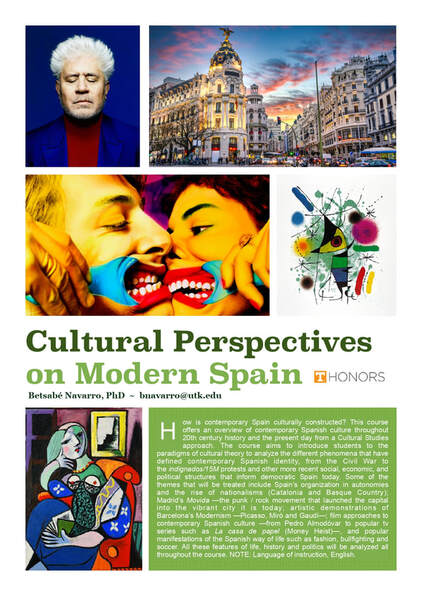 ​How is contemporary Spain culturally constructed? The course aims to introduce students to the paradigms of cultural theory to analyze the different phenomena that have defined contemporary Spanish identity.  Some of the themes that will be treated include Spain’s organization in autonomies and the rise of nationalisms (Catalonia and Basque Country); Madrid’s Movida —the punk / rock movement that launched the capital into the vibrant city it is today; artistic demonstrations of Barcelona’s Modernism —Picasso, Miró and Gaudí—; film approaches to contemporary Spanish culture —from Pedro Almodóvar to popular tv series such as La casa de papel (Money Heist)—, and popular manifestations of the Spanish way of life such as fashion, bullfighting and soccer. All these features of life, history and politics will be analyzed all throughout the course.